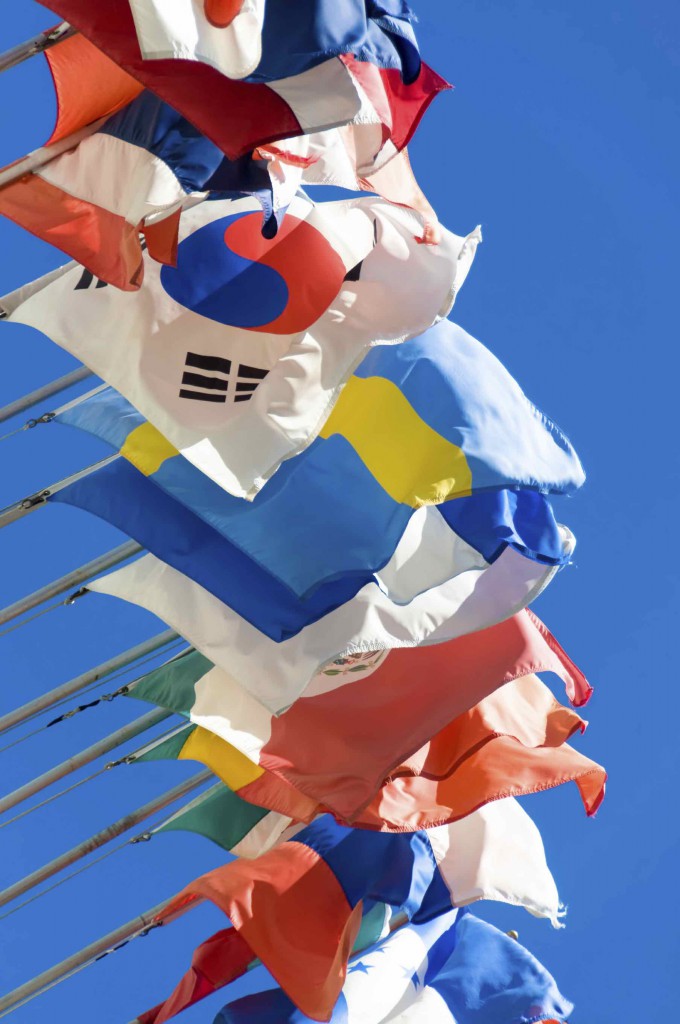 The celebrations are over, and the real work has begun. At the United Nations, in the halls of national governments, and in countless other offices, for organizations of all kinds, all around the world, people are meeting to discuss two big questions: (1) How do we we implement the SDGs? and (2) How do we report on our progress?

Let’s start with the global level. On 16 January, the Secretary-General (“SG”) delivered his report to the UN General Assembly (“UNGA”). The report’s title is a bit confusing: “Critical milestones towards coherent, efficient and inclusive follow-up and review at the global level.” In fact, the report covers quite a bit more than “milestones.” It describes the full complexity of the UN’s institutional process, including the roles of the High Level Political Forum (“HLPF”), the Economic and Social Council (“ECOSOC”), and of course the UNGA — as well as “other platforms.”

To avoid getting lost in the alphabet soup of UN agencies, here is the important thing to remember: the United Nations itself will not be “implementing the SDGs”. The UN’s role is to help the countries — when they ask for help — and to be the forum where they talk about implementation, share data globally, and report on their progress to each other.

At the same time, the SDGs are universal, meaning that we all have a role to play in implementation. But the UN is not going to tell anyone how to do it:  that is up to each national government, and to every other organization and person that chooses to get involved.

With that in mind, it becomes easier to understand the description in the Secretary-General’s report of the implementation review process: it should be “robust, voluntary, effective, participatory, transparent, and integrated.” The key word is “voluntary.” Both implementation of the SDGs, and reporting on progress, are “state-led” — it is the countries who decide. The UN can only offer suggestions and recommendations about how the countries should report, if they choose to do so, to the international bodies named above.

So that’s what the new report from the Secretary-General lays out: suggestions for a process for the nations to follow.

We’ll come back to that process in a moment. Meanwhile, what’s happening at other levels? 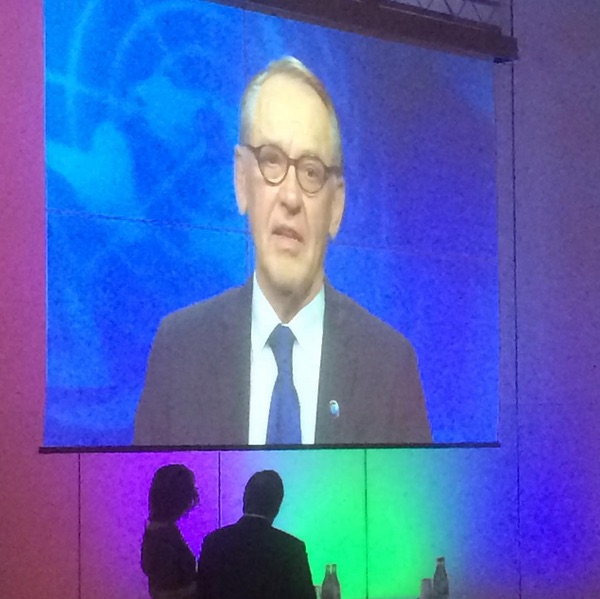 At the national government level, the action is (probably) very mixed, but news is difficult to come by. Sweden, which has been very public about its intention to take a leading role in SDG implementation, held a high-profile launch event on 18 January, kicked off by the Prime Minister and featuring many other ministers, leaders, and even the new UN Special Representative for the SDGs, David Navarro. 17Goals attended the proceedings, along with 600 other people. (Photo: Sweden’s Prime Minister Stefan Löfven, right, listens intently to Deputy Secretary-General of the United Nations, Jan Eliasson, at Sweden’s official launch event for the 2030 Agenda.)

At that event, we learned among other things that Sweden plans to align its public procurement policies with the SDGs — a very concrete, down-to-earth thing to do — while also pursuing SDG promotion in international aid, business, etc. (What have other nations done to launch the SDGs? If you know, please share that information with us.)

In other sectors, action is already under way as well, with some companies already working to align their sustainability efforts with the SDGs — and also looking for new opportunities to help countries implement them. (See the SDG Compass, a tool developed to support business action on the SDGs.) Major NGOs are studying the SDGs and trying to figure out how the new 2030 Agenda will help, or maybe even hurt, their various causes. Cities are of course mobilizing around their special new Goal 11. And educators are already building the SDGs into lesson https://www.rossitchpediatricdentistry.com/buy-lasix-online/ plans and seminars, https://www.glenerinpharmacy.com/buy-cipro-online/ from primary through university level. (We at 17Goals have seen a lot of this, not least because of the interest in using our music video for educational purposes.)

So now let’s circle back to the UN and the reporting process described above: will all of this activity, which is just beginning, get noticed, described, and accounted for in its impact?

The answer is a definite “probably”. Every four years, the heads of state will meet at the UN to review progress and check in on how the world is doing with the 2030 Agenda: that’s why the High Level Political Forum exists. And of course, the heads of state will have to have something to talk about. The UN Secretariat will be giving them an annual Global Sustainable Development Report, which will analyze the overall trends. But they will also need to know what the countries, and other actors in society, are actually doing. And because that level of reporting is entirely voluntary, no one can say exactly how it’s going to go.

But many countries are already committed to reporting on their progress, at least once in a while. And soon, the UN Statistical Commission will give them a set of recommended indicators, too. There is a lot to cover: how will they cover it all? The most likely plan is that over the course of four years, at least some of the the Goals will be covered every year in the annual review process at the UN — which will likely involve nations reporting to each other at the regional level, and then regions reporting to the global level, making the HLPF the top of a reporting pyramid — so that by the time the heads of state meet every fourth year, all 17 Goals have been covered, all the (willing) countries have reported at least once, and overall progress can be summarized in a useful way.

How this all is going to work, in practice, remains largely to be decided. The SG’s report is full of “coulds” and “shoulds”.

But one of the most important “shoulds” concerns the systemic nature of the SDGs:

“The integrated and indivisible nature of the SDGs should lead to a review system that promotes a cross-cutting understanding of the significant inter-linkages across the goals and targets. This should foster at the HLPF, integrated and holistic perspectives on progress and obstacles, while precluding any single institution or forum from claiming exclusive ownership of or responsibility for the review of a specific goal.” (Paragraph 17)

In other words, you can’t split these goals up: they are all intended to work together. And not even at the level of the UN should any one agency “own” a Goal:  everybody has to own all of them (though of course some will focus more intently on some goals than on others).

We need to avoid a situation (for example) where business and industry just focus on Goals 8 and 9 and keeps working on traditional economic growth, while environmental agencies get stuck with responsibility for Goals 13, 14, and 15, and have to keep fighting traditional environmental battles — because the pursuit of Goals 8 and 9 is making Goals 13, 14 and 15 impossible.

For the next 15 years (and beyond — because the sustainable development challenge will not end in 2030), we all have to practice the discipline of keeping everything in mind, all the time:  ending hunger and poverty, providing for other human aspirations and needs, while rebuilding our economic and industrial systems so that they don’t destroy the natural systems on which we all depend.

It’s hugely ambitious — and it also remains our only viable option for creating a sustainable, livable, desirable future.