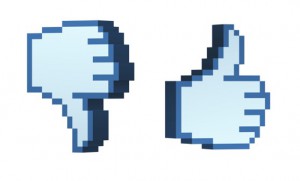 “Senseless, Dreary, and Garbled,” ran the headline on the website of the influential US journal Foreign Policy, indicating what they believed “SDG” should actually stand for. Declaring the goals “worthless,” Foreign Policy also invoked phrases such as “the Emperor’s New Clothes,” “idealistic rhetoric,” “utopian,” and “unactionable, unquantifiable … and unattainable.”

The center-right magazine Economist called the SDGs “worse than useless.” But the left-wing news agency InterPress also circulated a column that called the SDGs a “quest for nirvana” created by people who live in an “international fairyland.”

Why have the SDGs generated such negative, even vitriolic responses from both left, right, and even somewhere near the center?

Partly the answer lies in a fundamental confusion about what the United Nations is, and how it works. Many critics point to the irony of the UN endorsing a lofty set of Goals, and celebrating its success at coming to agreement about those Goals, while at the same time being unable to end the war in Syria. “A passive organization without solutions,” said the Swedish liberal daily newspaper Dagens Nyheter, in an analysis piece that ran next to articles about the SDG summit, but focused on how paralyzed the UN was in the face of international crises such as those in Syria and Ukraine.

But the UN, which is essentially a club of the world’s nations, can only do what its members let it do. International conflicts must be addressed by the Security Council, where the five permanent nations all wield a veto (and use that veto regularly). Agreements like the SDGs, or the forthcoming (expected) climate agreement expected in Paris, are incredibly challenging to achieve, but at least the UN member states allow them to be concluded. When it comes to conflicts in Syria or Ukraine, the UN is indeed paralyzed … because its members choose to paralyze it.

Under such circumstances, critiquing the institution itself strikes this writer as deeply unfair. The UN is quite literally doing the best it can — or rather, the best it is allowed to do. And the SDGs are likely one of its all-time best results, in the same category as the Universal Declaration on Human Rights. Those were also idealistic and aspirational, they are difficult to live up to … but they changed humanity’s view of itself forever.

The SDGs have certainly been critiqued before, in more substantive ways, for example by the International Council for Science, whose review was concerned about a lack of scientific grounding and measurability for a significant percentage of the goals and targets. But ICSU found that overall, the Sustainable Development Goals were a “major improvement” over their predecessors.

And nearly everyone involved in developing SDGs, and the 169 targets that underpin them, concedes that they are a political compromise, and therefore quite imperfect. (For one window into the challenges involved in drafting and coming to agreement on the Goals, read this June 2015 article from Global Policy Watch.)

Perhaps because the SDGs were written to be so aspirational (“End poverty everywhere in all its forms”), they hit some people as being a vision too good to be true. But would less aspirational Goals have been better? Would statements like, “Reduce poverty somewhat, in some places, in some ways” have any chance of mobilizing young people, challenging international aid programs to do more, or inspiring the world’s army of NGO workers?

The SDGs will no doubt have to weather a great deal of criticism over the coming 15 years. Some of it will likely be deserved. But one thing is certain: regardless of any criticism, the Goals — and the aspirations and ideals toward which they point us — will only become as real as people make them, and allow them, and demand for them to be.