17Goals decided to partner with Gribskov and Transition World because initiator Alan AtKisson was invited to come do a keynote and musical performance there, which was well timed with 17Goals launch on the web. At the end of his morning keynote, AtKisson also debuted a new song — “We Love the SDGs” — which was repeated later in the day and filmed for a forthcoming music video. Students sang along on the chorus. 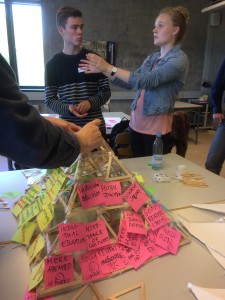 Accelerating Change conference organizer, Bente Milton, chose 17Goals as the theme for the conference. Then the students got on board and decided to lead 20 simultaneous “Pyramid” workshops, by themselves (which included facilitating their teachers). They used the Pyramid workshop because it fits well with the SDGs and helps group understand the whole process of sustainable development, from vision and indicators through to ideas and action.

Adding depth, humor, and flow to the proceedings were speakers such as Charles Lawrence (who speaks from a long history of engagement with Native Americans and their culture), Anders Morgenthaler (an edgy Danish comedian who is also a committed https://sdarcwellness.com/buy-prednisone-online/ vegetarian), and “Art of Hosting” moderator Mary-Alice Arthur. 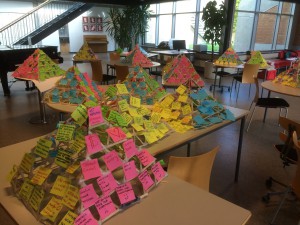 The workshops produced hundreds of ideas and insights, arranged on post-it notes, on model Pyramids (see the website of AtKisson Group and their free Accelerator Lite toolkit for more information about how that works). And some of the Pyramids resulted in new projects — including a plan to create a new education program linking entrepreneurship with sustainability, a “sustainable entreprenasium”.

All in all, it was a wonderfully fitting physical start for 17Goals, after its virtual launch on 24 September (the day before the SDGs were formally adopted at UN Headquarters). The event in Denmark combined local action with a global perspective, blended youth with older folks, and mixed in culture, music and the arts with sustainability indicators, systems thinking, and innovation. 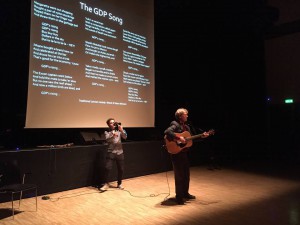 The day-long workshop was capped off by an evening concert, featuring Alan AtKisson (and his one-man musical about sustainability), virtuoso guitarist Jacob Moth and his World Rock Orchestra, and the Gribskov-student punk-rock band Anarchistic Watermelons.

Now the organizers are looking at the possibility of duplicating this “Danish formula” at other schools in other parts of the world. Stay tuned … and get in touch if you want to do your own 17Goals event! (You might have totally different ideas about how to run such an event, too … and we are all ears.)