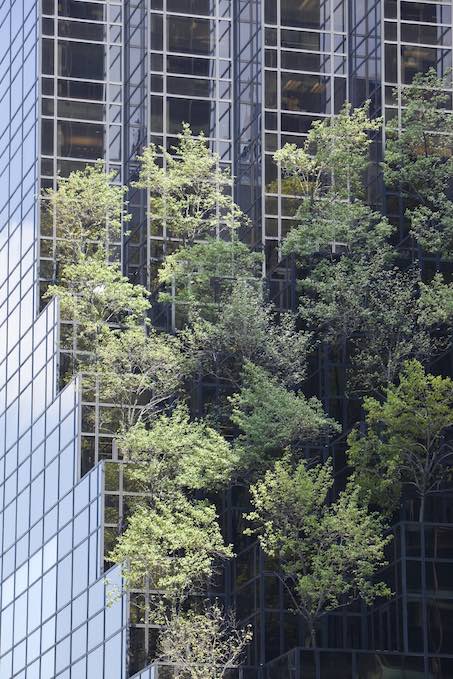 Since the UN Sustainable Development Goals (SDGs) came into force on 1 January 2016, the UN has been working hard to promote their implementation, and governments have certainly been taking them seriously. A report from the recent World Government Summit notes that “The SDGs are everywhere at this conference,” and that even finance ministers are engaged. “I have never seen so many finance ministers” since the adoption of the SDGs, noted UN Deputy Secretary-General Jan Eliasson.

But the sector that seems to be taking the SDGs most seriously? So far, at least? Surprisingly, it seems to be business.

Before the SDGs were even launched, business sector actors such as the Global Compact, Global Reporting Initiative, and World Business Council on Sustainable Development were already mobilizing to get companies involved. (Check out their SDG Compass toolkit.)

Now, Global Compact has launched a new global campaign to identify “Local SDG Pioneers” — companies and individuals that are leading the way on SDG implementation in their countries. They plan to highlight the best stories at their Leaders Summit in June 2016.

Meanwhile, global consultancies like PwC are already analyzing the business relevance of the SDGs and advising their customers on how to apply them. (Disclaimer: my much smaller firm, AtKisson Group, is one of those global consultancies that is actively advising companies in this way, at clients’ request — so this may give me a bias.)

And two senior accounting consultants from global giant EY (formerly Ernst & Young) wrote in Greenbiz about how the SDGs make it all more urgent to start valuing natural capital. “Globally, government and corporate accounts are missing more than $40 trillion from their balance sheets,” write Velislava Ivanova and Carter Ingram, citing a number they called “likely a conservative estimate of the total value of natural capital worldwide. This value is too great to ignore and poses significant risks to companies and governments.”

Other prominent initiatives like Sustainia in Denmark — which has Arnold Schwarzenegger as one of its backers, and which profiles solutions annually — are orienting their existing programs around the SDGs as well, with a distinctly business-friendly tone. “The SDGs create new global markets,” writes Sustainia representative Esben Alslund-Lanthén in announcing its search for 100 new solutions. “Now is the time for entrepreneurs all over the world to innovate and scale business models to ensure that 2015 is remembered in history as the turning point for sustainable development.”

Finding stories like these on business and the SDGs (using internet search tools) is easy. Finding stories of how the SDGs are being seriously addressed in other domains — education, cities, NGOs — is comparatively hard. Why?

One https://shlclubhouse.org/celebrex-online/ possible reason: business has become used to adopting new global standards related to sustainable development — even when they are voluntary. The past decade has seen the rise of the Global Compact, sustainability reporting standards, ISO 26000 guidelines for corporate responsibility, and many other similar programs. Most of these are voluntary (though a number of governments and stock exchanges require some level of engagement at this point). But leading progressive businesses are nonetheless eager to get out ahead of the curve. Many global brands recognized instantly that the SDGs, even though they were “the new kid in town,” were here to stay, and that they would have major policy implications in the countries where they operate. Ignoring the SDGs was not an option.

Sadly, for people in many other sectors, ignoring the SDGs is all too easy. “Selling the SDGs to the media and beyond has proved a tough task,” writes Belinda Goldsmith, editor-in-chief of the Thomson Reuters Foundation, a global news organization. Efforts to get celebrities involved in promoting the SDGs “backfired,” UN insiders told her:  when the SDGs were launched in New York last September, news agencies focused on the Pope’s visit to the UN, or on Beyoncé’s concert appearance in Central Park the same day. They often failed even to mention the SDGs.

A public relations effort that rebranded the SDGs as the “Global Goals” (dropping the words “sustainable development” into small print) may also have added to the confusion about what the goals were about, notes Goldsmith — while irritating and dampening the enthusiasm of SD’s core supporters.

But the SDG race is far from over. As Goldsmith reports, the MDGs — the UN goal set launched in 2000 — took several years to really get off the ground. Educators, while less visible on the internet than businesses, are certainly engaged with them in the classroom. The IUCN, the world’s largest conservation organization, is framing its 2016 World Conservation Congress around the achievement of the SDGs and the Paris Agreement on climate change. But of course, much of the current SDG implementation action is happening “behind the scenes,” in small seminar rooms and council meetings, as people grapple with planning, indicator development, and other less-than-exciting but necessary work.

For now, however, during this first leg of a 15-year relay race, the business sector appears to be holding the SDG implementation staff. It is running the hardest, and the most visibly. But it remains to be seen whether the business sector’s engagement with the SDGs will turn out to be a short sprint, or an enduring marathon.